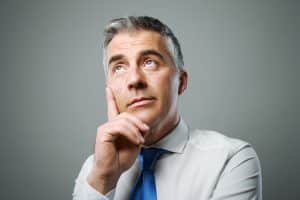 When you have a cavity, a dental filling may be the best option for treating it. This restoration can preserve and protect your tooth by stopping the cavity from growing. However, if a filling fails, then the tooth can quickly become re-infected and require further restoration. Due to extensive tooth damage, a filling may no longer suffice and you may require root canal treatment or tooth extraction to stop the decay from spreading.

The point of a tooth filling is to reinforce a tooth by replacing the structure that was lost to the cavity, as well as protect the tooth’s exposed structures from the oral bacteria that cause tooth decay. In the past, metal fillings have been a popular solution due to their durability; yet given metal’s unique properties, such fillings are often subject to failure down the line.

For instance, metal can expand when exposed to intense heat (such as coffee or tea) and contract in intense cold (such as iced tea or iced-cold water). The changes in its shape can cause a metal filling to fail by damaging the tooth or leaving space for oral bacteria to slip past the restoration.

Today, modern fillings are created from biocompatible resin that is tinted to blend in almost seamlessly with each patient’s tooth. Known as tooth-colored fillings, the resin restorations offer a number of benefits over metal, including a more discreet appearance and a significantly reduced risk of failure. Composite resin can be bonded more securely to a tooth’s structure so that it doesn’t separate, and the resin is made from acrylic and quartz-like particles that retain their shape, even in extreme temperatures.

A tooth-colored filling not only looks better than metal; it also reduces your chances of experience filling failure and requiring more extensive treatment later. To find out if you’re a good candidate for a tooth-colored filling, schedule an appointment by calling our team today at (724) 285-4153.